Star Wars Day May 4th: A tribute To My Yoda 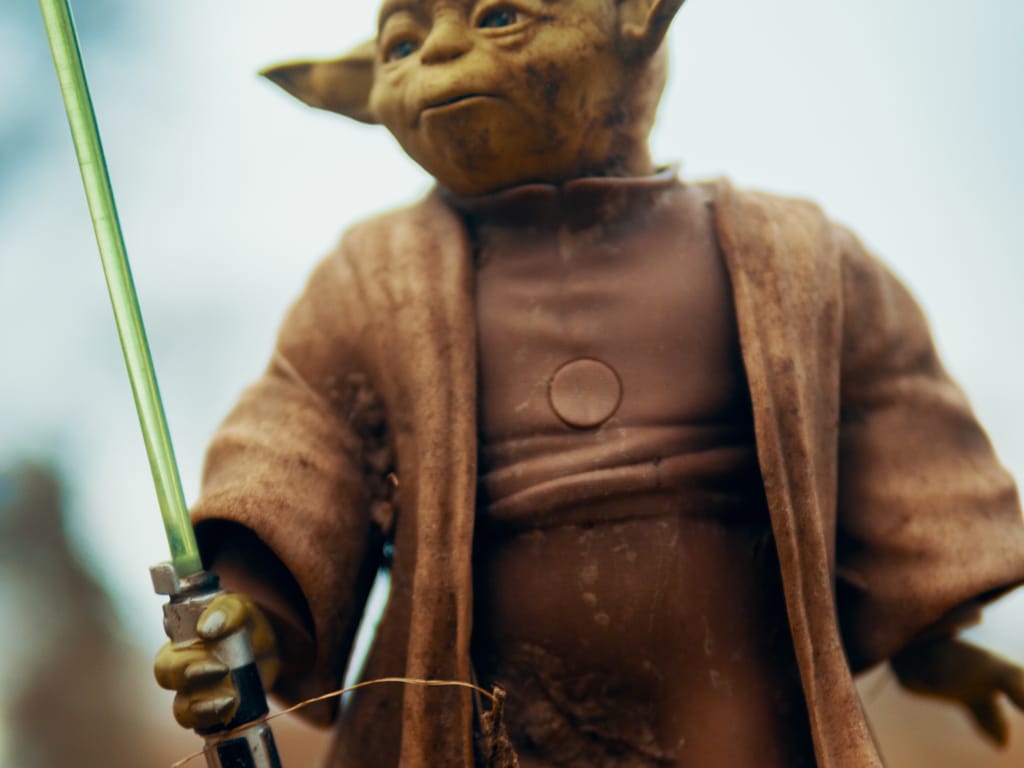 It seems as if the Star Wars films have been around forever. If the person that the films’ director George Lucas called “My Yoda” is right, then they have been. Lucas had read the book “Joseph Campbell’s Hero’s Journey” when he was a student and returned to his books whilst completing the original Star Wars films in the mid 1970’s.  Lucas then heard Campbell give a talk in 1984 and the two became friends.

Campbell was a Professor of Literature with a passion for Classical Mythology.  His greatest contribution was the book The Hero With a Thousand Faces (published in 1949). It describes the Campbell monomyth – the idea that all human stories can be broken down into seventeen stages of what he termed ‘The Hero’s Journey’.

Everyone can be a hero

Campbell believed that every  life story (not just the big heroic ones) could be broken down into three key stages. He called these stages departure, initiation and return.

To come up with these stages, Campbell studied the Greek and Roman Classical myths and combined them with the idea of Jungian archetypes.  An archetype is a powerful eternal quality that Carl Jung believed we could all access in times of need.

The hero (Campbell says hero, but heroines face the same stages) hears a call to adventure. He or she is being forced to leave their ordinary life in search of something that is not obvious at the time. So, the hero refuses the call but then is persuaded to start his quest by a mentor, who is an archetypal guide figure. Obi-Wan Kenobi is the mentor in Star Wars.    There is also a stage called the Belly of the Whale, in which the hero is separated from the Ordinary World, so he can enter the Special World of Jungian archetypes. This is called Crossing the First Threshold.

The hero then faces a number of trials and conflicts with powerful, magical enemies. Campbell said that this culminates in the ordeal in the innermost cave, which is the ultimate standoff. The hero finds a quality he didn’t know he had – an archetypal power – which helps him to overcome what seem to be impossible odds. This would be Luke Skywalker hearing Obi-Wan’s voice and using his instincts (rather than technology) to destroy the Death Star.

The hero then returns home to his Old Life (often reluctantly) with a prize or elixir (in Star Wars, it would be Princess Leia). His community acknowledges his achievements in a ceremony. The hero also brings back with him a new spiritual strength and awareness that what he has found is the quality of grace.

This journey also appears in many books, films and TV series. Two archetypal favourites of mine are the Wizard of Oz and The Lord of the Rings. But Campbell was the first to outline these stages and relate them to psychology, in particular to Jung’s archetypes. This Hero’s Journey is one of the most common stories children tell in sandplay and art.

Joseph Campbell’s Hero’s Journey is made for Sandplay Therapy

Sandplay clients love heroic figures such as superheroes. Children often use them to represent an unknown aspect of themselves i.e. to unconsciously relate to the Jungian archetypes. Batman or Spiderman then battles dinosaurs or dragons as the child begins to find a stronger sense of self. Jung would say that they are exploring the Hero archetype in themselves. The hero faces an almighty battle at the end of the film but finds the inner resources to win. Children in sandplay therapy likewise find a way to win against all the odds. The therapy often ends when the child is able to do this. The joy of being a sandplay therapist is knowing that if you provide the right conditions, your client will instinctively heal. He or she will follow their own Hero’s Journey because it is a part of our nature to want to in Campbell’s words follow our bliss.

Trusting Jungian Archetypes enables the Hero in all of us

We all face ordeals in our lives. We battle our own Darth Vadars and hopefully reach some kind of peace with our life’s experiences. Campbell’s stages are universal and eternal. George Lucas liked the Hero’s Journey because of their mythical beauty, and that’s why Campbell’s work will continue to endure. The Hollywood executive Christopher Vogler is also a lover of Campbell’s work.  Vogler wrote a guide to the Hero’s Journey for screenwriters, which became a book The Writer’s Journey: Mythic Structure for Storytellers (1998). Vogler was also part of the team behind The Lion King (1994).

The Hero’s battle is in Inner not Outer Space

Just before his death in 1987, Campbell recorded a series of interviews with the TV journalist Bill Moyers. They are called The Power of Myth, The Hero’s Journey (they were broadcast on PBS TV in 1988) and are available on YouTube. Moyers recorded the interviews at George Lucas’ home, Skywalker Ranch. Campbell was asked about the psychological resonance of Star Wars and this is his reply:

“The imagery is necessarily physical and thus apparently of outer space. The inherent connotation is always, however, psychological and metaphysical, which is to say, of inner space.”

So, it is our internal reality that is the place of conflict. Luke is not really battling an Evil Empire. He is in conflict with different parts of himself. Every Hero has a Shadow or a secret. Darth Vadar is Luke’s father, who turned away from the Force that Luke is passionate about defending. So, the Hero has choices, he is human and the struggle is to find a connection to the light within us. Campbell also believed that no-one is beyond redemption: even those who have walked the Dark Path can become a Hero.

Our light sabres are things like sandplay therapy, meditation, yoga and prayer. Like Luke Skywalker, we discover that we are sometimes the source of our own problems and the solution. The Star Wars characters are already within us, including our guides. So, Yoda, we are.