The Jungian Archetypes behind the Myth of Saint George 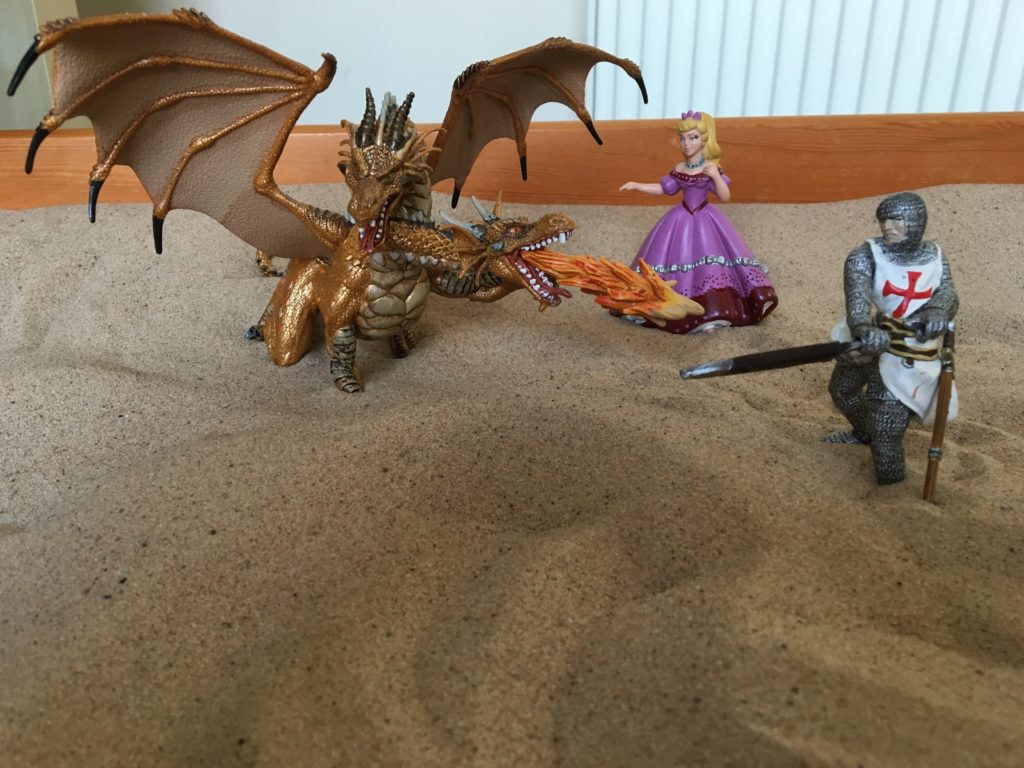 Saint George is most associated with football, patriotism and of course (sorry) Brexit.

George is England’s Patron Saint. He is also one of the most common Jungian archetypes or symbols. We don’t however know much about him. Various writers place him in the Middle East, Persia or Russia. He could have lived in the fourth, fifth or sixth century.  The English Royal Family claimed him as their standard-bearer in the fourteenth century when knights and chivalry were all the rage. So, George is an enigmatic figure feted by many countries and religions as a hero and a saviour.

Carl Gustav Jung was the founder of analytical psychology. He was also a lover of stories and mythology. Jung extended Freud’s idea of the personal unconscious to include the Collective Unconscious. This is a place deep within the human mind and psyche full of ancient wisdom.

Jung defined 12 archetypes, including Mother, Father, Anima and Animus (our female and male parts).  We can call on any number of archetypes or energies when we need to. We may use them when it is our goal to experience and understand the body language of this world. The Hero is a key Jungian archetype. So, this brings us back to Saint George.

The Jungian writer Gareth Hill, (Masculine and Feminine, Shambhala Publications, 1992), thought George represented an archetypal energy called the Dynamic Masculine.   This is the rebellious but idealistic rush of adolescence. Hill thought that both boys and girls needed to have a Rite of Initiation. They need to slay the Dragon in order to become free. The Dragon can symbolise the status quo, the Shadow or Static Feminine energy. The adolescent fears getting trapped, so needs the Dynamic Masculine to move out into the world.

This is the start of our Hero’s Journey, i.e. adult life.  The Maiden, by the way, represents the innocence of the Soul or Anima archetype. So, we save our True Selves by metaphorically killing our mothers. And we as mothers have to allow ourselves to be ‘slain’.

The energy of these Jungian archetypes is everywhere in our popular culture – from Game of Thrones to video games to music.

Stories of knights, dragons and princesses are still relevant. These ideas are eternal. Classical myths from Greece, Egypt and Rome are as popular as ever. Our modern society is simply finding different ways (and media) to tell old stories. Jung was an anthropologist as well as a psychotherapist. He travelled all over the world collecting tales of bravery against the odds. This included stories of Virgin Births and Floods from many different spiritual and religious traditions. As a result, Jung believed that there are personality traits or personality types common to everyone. We all have something essentially human and heroic.

Where are the archetypes in our day-to-day life? Can you think of a politician, sports person or business leader who holds some heroic energy? There are very few positive rites of passage. Even holidays like May Day are archetypal rituals. If we don’t allow Saint George to find a purpose, his Shadow, the Mercenary or Negative Dynamic Masculine will take his place.

The lack of support for young people worries me. I think there is a danger that we are making our heroes impotent. Our teenage boys and girls are vulnerable to the dragons all around us. Visible signs of this are gangs, knives, drugs and cyber-bullying. Less obvious signs are the increase in anxiety, self-harm and depression. I think Jung would see this as archetypal energy turned in on ourselves. We need to help young people to find positive connections.

LIke all Jungian archetypes, the energy of the Adolescent – of St. George – has to come out.

The human psyche wants to choose Eros, which is love, passion and a dedication to change.  But if the mind can’t access this energy, it will go for Thanatos, which is the archetype of death and destruction. Thanatos can lead to weakness aimless wandering or more self-destructive urges such as self-harm or knife crime. This archetype is difficult for a so-called civilised society to accept. Archaic forces seem to be still driving our young people. Despite our technological advances, we still have unconscious parts. So, our relationship to these Jungian archetypes is a crucial one for modern psychology.

So, do we try to tackle or tame these urges? Or, do we accept the energies for what they are?

Our young people are throwing down the gauntlet. They are trying to (metaphorically) slay us’. Parents, schools and the wider society are threatened by this challenge to their authority. But then, look at the Climate Change protests – what would George do? Would he want to be left out or stand with Greta Thunberg?  I think that standing on the barricades would be a very George thing to do.

Using Jungian archetypes in counselling is one of the themes of our Certificate in Integrative Sandplay Therapy. Booking now, starting 7th September in Ealing, London. In addition to the archetypes Jung Personality Types (personality traits) will be explained and related to sandplay.